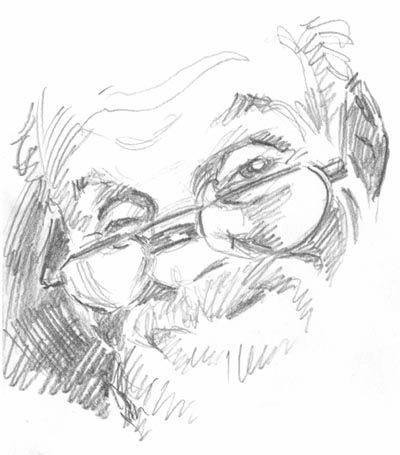 I first remember seeing Gene Colan's work in 1967: Tales of Suspense # 87 with Iron Man, where the Mole Man drops a whole factory into a crevass. It scared the hell out of me. Gene's art was VERY vibrant and muscular. It reflected my perceptions at nine of the world as big and confusing, a world of adults going through cataclysmic, powerfully emotional events.

With Gene's stuff you couldn't tell how he did it, it just looked real. The pages seemed to writhe in your hand, all swirling with furious motion. The way he drew Iron Man's armor it looked like skintight metal, and Gene was able to give him expressions even with the little rectangles of his mouth and eyes. Marvel was always really giving their heroes a pounding, in Stan Lee's collaborations with Gene it took on operatic proportions: "I'll beat him somehow, but how? HOW?!! Next issue: HOW?" I still get a thrill whenever I pull out any of those Iron Mans, for me they represent the state of the art of comics of that moment in the sixties.

Looking at these books now it occurs to me that what is most fabulous about Gene's work is that it seems as if he's sketched the scenes from life. He is a sort of out-of-body reporter or journalist, having floated off and drawn the worlds he's seen and the dramas as they unfolded before him. No matter how distorted the dimension, Gene renders it all with an equally seemingly effortless, expressive realism. 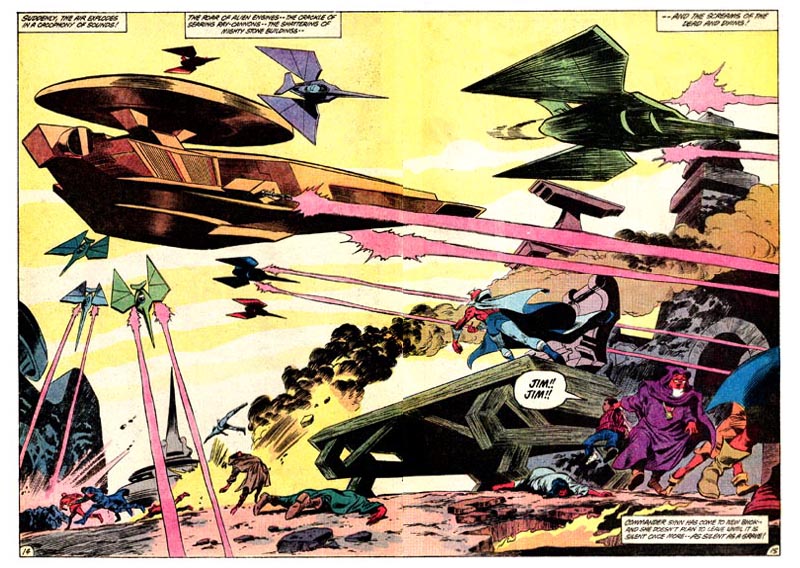 James: Your early Warren work was largely beautiful ink washes, all finished by you, but in the years since you are usually assigned inkers. Do you feel as Jack Kirby did about inking, that it is like doing the same drawing twice?

Gene: No, I don't share Jack's POV but on the other hand, I never think of "finishing" pencils in ink although I can do it. I enjoy the subtleties of what I can achieve with a pencil.

James: Wash seems a natural finish for your style.

Gene: Well, another thing about inking is it's so final. It makes me nervous. But I still do whatever I'm paid to do. I've done it several times this past year on commissions.

James: I have Wolverine #9, 1989, that you inked yourself and thought your inks suited the rough-hewn tough backwoods guys story...did you use a brush only? 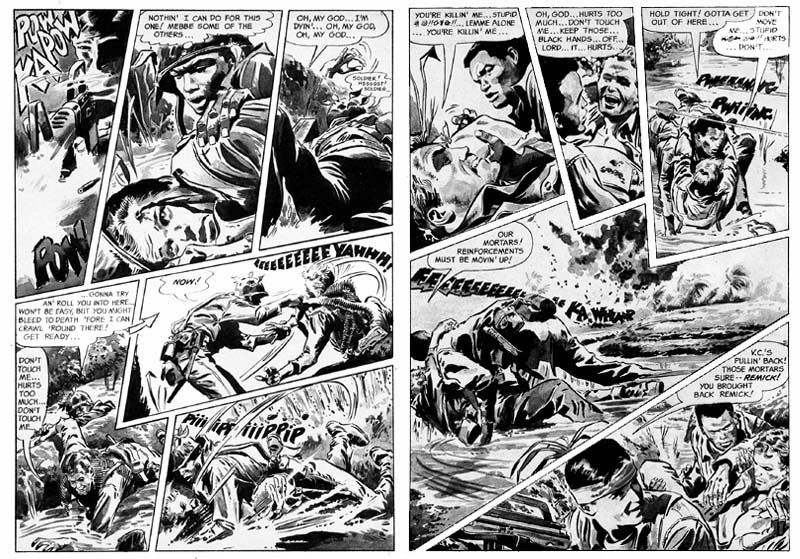 Gene: Thank you. Trees and branches and leaves are separate from the human form. So, I treated it in a different way. I experiment. Heavy areas, I use a brush.

James: In fact, did you ask them to ink that story or did they ask you to?

Gene: I asked them. But the truth is, I don't enjoy inking my own work. I get nervous with it. Takes me too long. And, I frequently wind up using a mechanical ink eraser and burrowing holes in the paper! (Laughter)

James: I have a problem inking myself in that I find that I always modify the drawings as I ink...I have a hard time following my own lines and my finishes deviate considerably from the pencils, not to mention the loss of freshness of the original drawings. Another point on the downside is that the company pays much less for inking than pencilling; so in my case, where I'm spending twice as much time on the damn inks as on the pencils you can imagine my opinion.

Gene: It's a matter of practice. If you ink 90% of the time then you find ways of speeding the process up. I'd rather pencil. I enjoy creating the images, characters, everything. I really draw for myself. I don't try to please anybody but myself, hoping that what pleases me, pleases others. I draw a lot of stuff that I know inkers won't bother with. But if they want to, it's all there. And meantime, I've entertained myself. There are inkers that complain about my work because they have to do halftones to capture a fog or automobile headlights etc., that would require a lot of extra work. Some inkers just choose to bypass certain things I've drawn that require just too much damn work...after all, speed is essential to making a living. 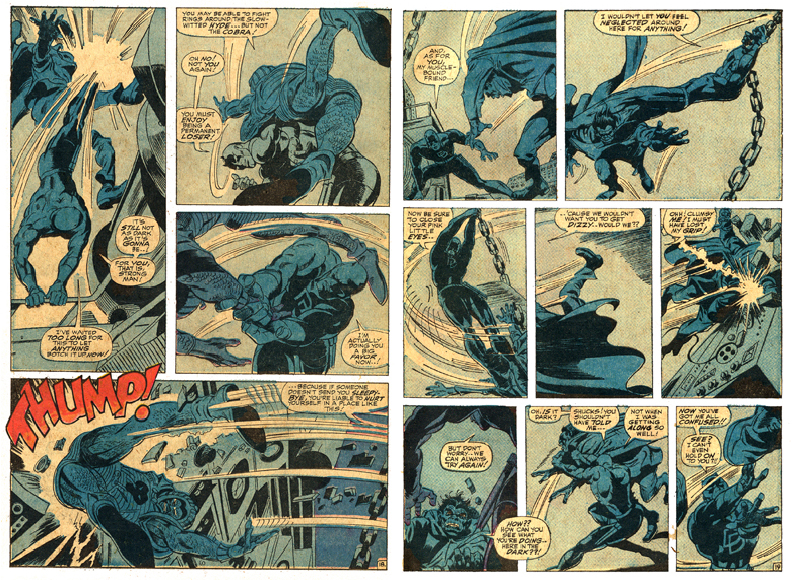 James: Do you have any favorites in the inking your work has recieved over the years? I liked Giacoia, Palmer, Craig, and Janson on you.

Gene: They're all excellent. I also like Al Williamson.

Gene: Oh yes. Again, my knowledge of art tools and art history were nonexistent. I'd have to say Rembrandt and Michelangelo caught my eye, particularly Rembrandt, who painted "The Night Watchmen." That artist was a standout. I've recieved fan mail likening my work to Caravaggio. I see that...chiaroscuro. But I wasn't aware of him 'til the 1980s. With all my art, my observations of the world I saw around me were the only influences I had. Film fascinated me. Still does. Film and the practice of drawing from life and photos were my "school."